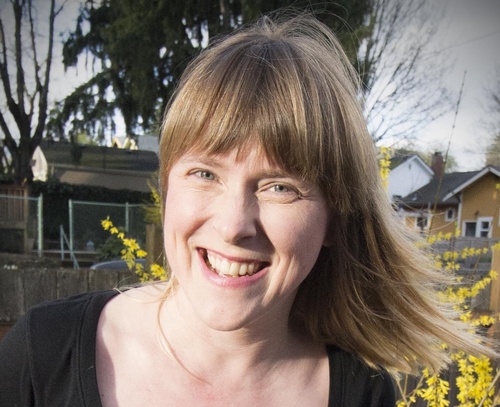 Menu
Build Your Own Burger
Soup and Salad Bar

Bios:
Annette Patton is a Postdoctoral Scientist at the University of Oregon. Her research focuses on understanding the geology of landslide initiation, including conditions that make a hillslope more susceptible to landslides and debris flows. Her primary research tools include landslide surveying, creating detailed maps of geology and geomorphology, and analyzing high-resolution topographic data.
Annette worked as a geologic mapper for the Washington State Geologic Survey in 2013-2014 and finished her PhD at Colorado State University in May 2019 before starting her current position. Her PhD research focused on evaluating the impacts of climate change on landslide occurrence in Denali National Park. She was fortunate enough to spend two summers in the park to create a geomorphic map of the Park Road corridor, map permafrost depths, and identify the rock/sediment types that are most susceptible to landsliding. Annette’s primary project at the University of Oregon is to implement the landslide forecasting system in Sitka.
She is working to install a network of soil moisture sensors on Harbor Mountain, Gavan Hill, and Mt. Verstovia that in communicate real-time. She will use that soil moisture information and weather data to determine what soil conditions are likely to trigger landslides during rain storms. When she is not on the hillslopes for work, Annette enjoys exploring mountains by foot and by bike with her dog, Copper.


Meiers relocated to Sitka from Portland, Oregon for the position of Executive Director and is the organization?s first leader hired from outside the organization since Raven Radio was established in 1982, and the sixth manager in the history of the station.
Meiers previously worked as Development Director for KBOO, a non-commercial community radio station in Portland, Oregon. She also volunteered with several other media organization. In the past, she has worked as a radio announcer, administrative professional and teacher of English as a second language overseas. She speaks French and Korean in addition to English. Meiers earned a Bachelor of Art degree in photography. She is a voracious reader and enthusiastic player of role-playing and board games.