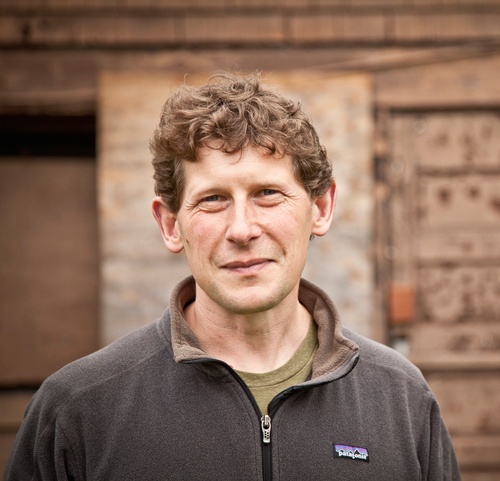 Bio
​Roger Schmidt has been the Executive Director of Sitka Fine Arts Camp (Alaska Arts Southeast, Inc.) since 2000. During this time, the summer program has grown from a two-week camp serving 40 adolescent students to a ten-week program serving 1,000 students ages five to adult. In 2010, Roger negotiated the donation of the historic Sheldon Jackson School which had closed its doors in 2007. Subsequently, he has overseen the restoration of the campus by harnessing the support of thousands of volunteers and donors. Under Roger’s leadership, the Camp has grown to include a year-long arts advocacy program that offers a performing arts series, a statewide teacher training institute, after school art classes for all ages, and a vibrant young performer’s theater program. In addition, the Campus has become an important part of the economic future of Sitka as a home for many conferences and conventions.
Roger grew up in Sitka and attended the Sitka Fine Arts Camp as a student from 1980-1984. The arts have been a central part of Roger’s life. He graduated from Oberlin College and Conservatory with degrees in philosophy and trombone performance with additional music studies at the Aspen Music Festival, Pierre Monteux School and internationally in London and at the Bruckner Conservatory in Austria. As a musician, he has worked in the San Francisco Bay area as well as toured throughout Alaska and other parts of the United States.
Roger is also an avid traveler and adventurer. His trips have included a 3-month solo kayak trip from Vancouver B.C. to Sitka, Alaska, a kayak crossing of the Bering Strait, a Patagonia Ice-Cap ski crossing, and a year-long sailing trip from Siberia to Uruguay. He is the 2004 recipient of the Governor’s Award for Arts Education and in 2007, under his direction, the Camp received the Coming Up Taller Award at the White House. In 2012, he was inducted into the Alaska Hall of Fame and received the Sitka Arts Advocate of the Year award. Roger is also a fellow of the National Arts Strategies’ Chief Executive Program and a graduate of the Aspen Executive Seminar.